I thought it was time for a round-up of all those projects that I have on the go:

My friend at work is expecting and after I found out I started collecting some fabrics to make a baby quilt for her. I thought I had loads of time until she announced last week that her last day at work was December 8. Surely she's not due yet, it could not have been 9 months! It turns out she will be working from home until the baby is born in mid-late January, but that does not help me. So, I gave myself the hurry up and got started this weekend.

I chose to use equilateral triangles because I like the patterns that can emerge. I've cut all the triangles out and have sewn 2 rows together before I realised that I swapped two of the prints in every instance. Hmm...still deciding if I should rethink my layout or get the seam ripper. 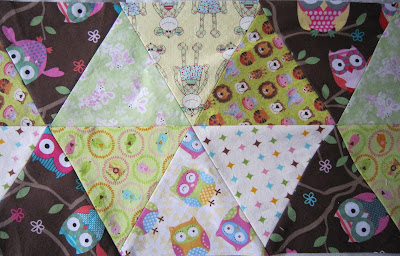 My mother sent me some fabric that she purchased for me a while ago. The colours match my living room perfectly. So, I went out to get some other fabrics to add to them and have ended up with a big pile. I want to make circles using a traditional drunkard's path block, but mix it up in a modern way. That's as far as I've progressed. 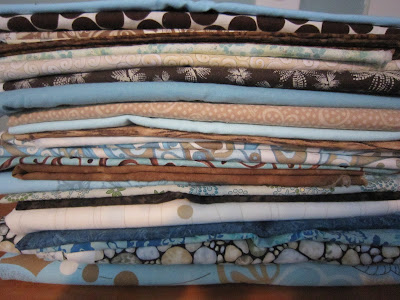