This month's block is in honor of Valentine's day and is based on hearts in pink, orange, cream, and gray. As usual, the Block Lotto has inspired me to try a few things - I can't pass up a challenge especially when given such an open invitation to experiment. Plus, I love the color scheme! 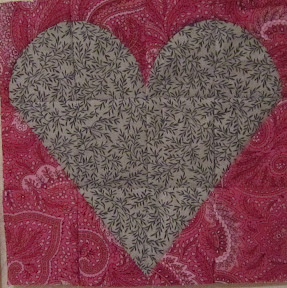 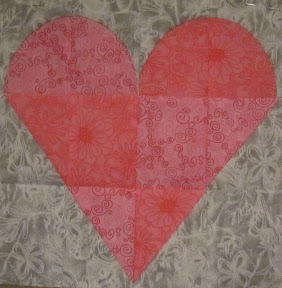 I started by drafting a pattern for a pieced heart in a classic shape. I divided the block into rectangles. Four rectangles are quarter circles (actually they turned out to be ovals) - basically a modified drunkard's path. The other rectangles are either 1/2 triangles or plain. Originally I tried to do this using squares but I did not like the proportions - rectangles worked much better. I made two of these with different color variations and may make another. 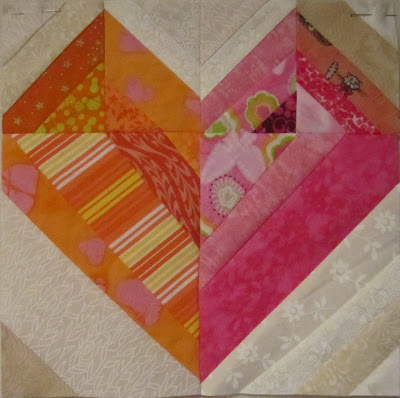 I also made one using string blocks. I started with four small squares and two large ones - these I trimmed down to rectangles before pieceing them together. Once again, I found the rectangle components worked better than squares. 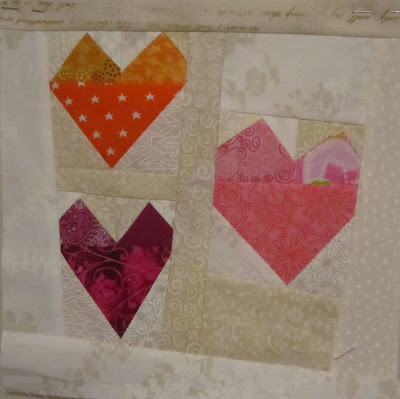 Using inspiration from my crumb quilt (which is slowly edging towards a finish), I made a few small crumb hearts which I surrounded with cream scraps. 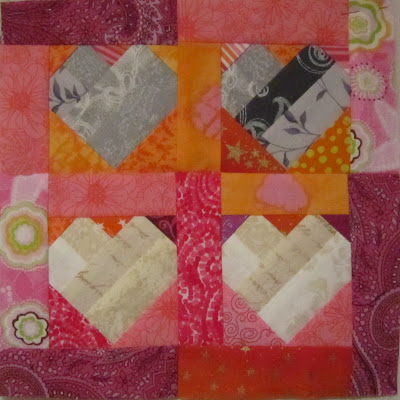 I usually like to draft my own patterns, but sometimes I just get lazy and look for some help from another quilter. This time I found a 3" paper pieced heart by Carol Doak. I made 4 of them and then added some sashing between to make the finished 9" block.

I really enjoyed making these, but may have to leave my total at 5. We are allowed to make 9 but I have my round robin to start working on and a few UFOs that need my attention...
Posted by Laurina at 10:44 PM