There seems to be so much going on in my quilty and non-quilty worlds. Sometimes the two merge and other times they clash. July appears to be a month of deadlines - the contract work that I am currently doing is scheduled to end on 31 July. I also need to have at least 2 quilts finished for the Monday Modern exhibit that we are having in September. Meanwhile, I have started a new business (see the Sew Frisco button on the right) and am gearing up to do some concentrated work on that in August.

After giving up all hope on the final round of the Cotton Robin, my last round arrived in the mail late last week - it took 11 weeks to get from Canada to New Zealand. On close inspection, I realised that it was sent surface mail (a lesson to everyone to always specify air mail).

Because the round robin was finished and all other quilts had made it home in June, I committed to doing a rush job and get it home safely to its owner. So, I spent some time quilting it this weekend. Luckily, it was small (24 inches on the longest side). But, perhaps because it was small, I thought it needed more quilting. The busy black and bright colour scheme led me to choose a black metallic thread with subtle variegated colours that I found lurking in the back of my closet. I also decided to keep the quilting simple, so I ended up doing some stitich-in-the-ditch, some randomly spaced parallel lines, and some outlining. All of it was with the walking foot - no FMQ this time. 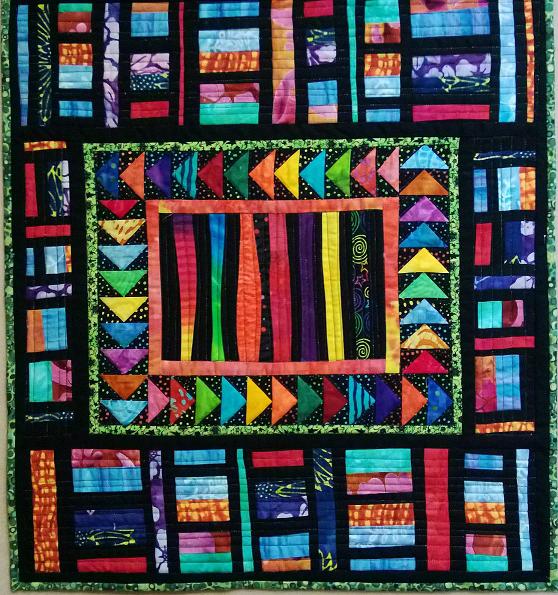 I mulled over the binding for a while and ended up previewing several of them and taking votes from hubby and daughter. Hubby was surprisingly helpful and I took his advice (unprecedented).

Next up - the small grey quilt that I am doing for the exhibition (it's still a secret, so no too revealing photos). I loaded it onto the Swiftquilter and thought that I'd wizz through the quilting in no time. But, my haste was my mistake because I did not take the time to make sure everything was set up correctly and I had to unpick the first few rows because I discovered a tension disaster was brewing - this was because I did not thread the machine correctly. 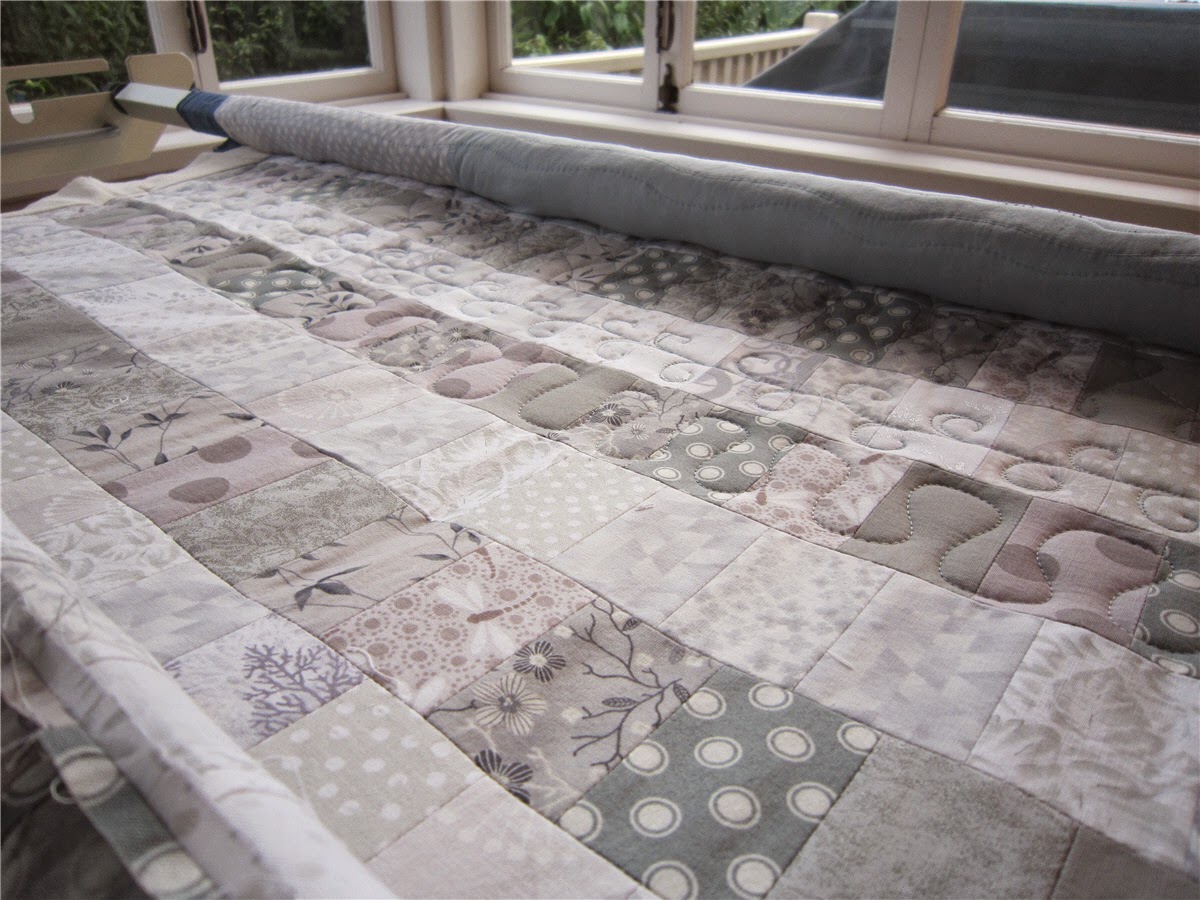 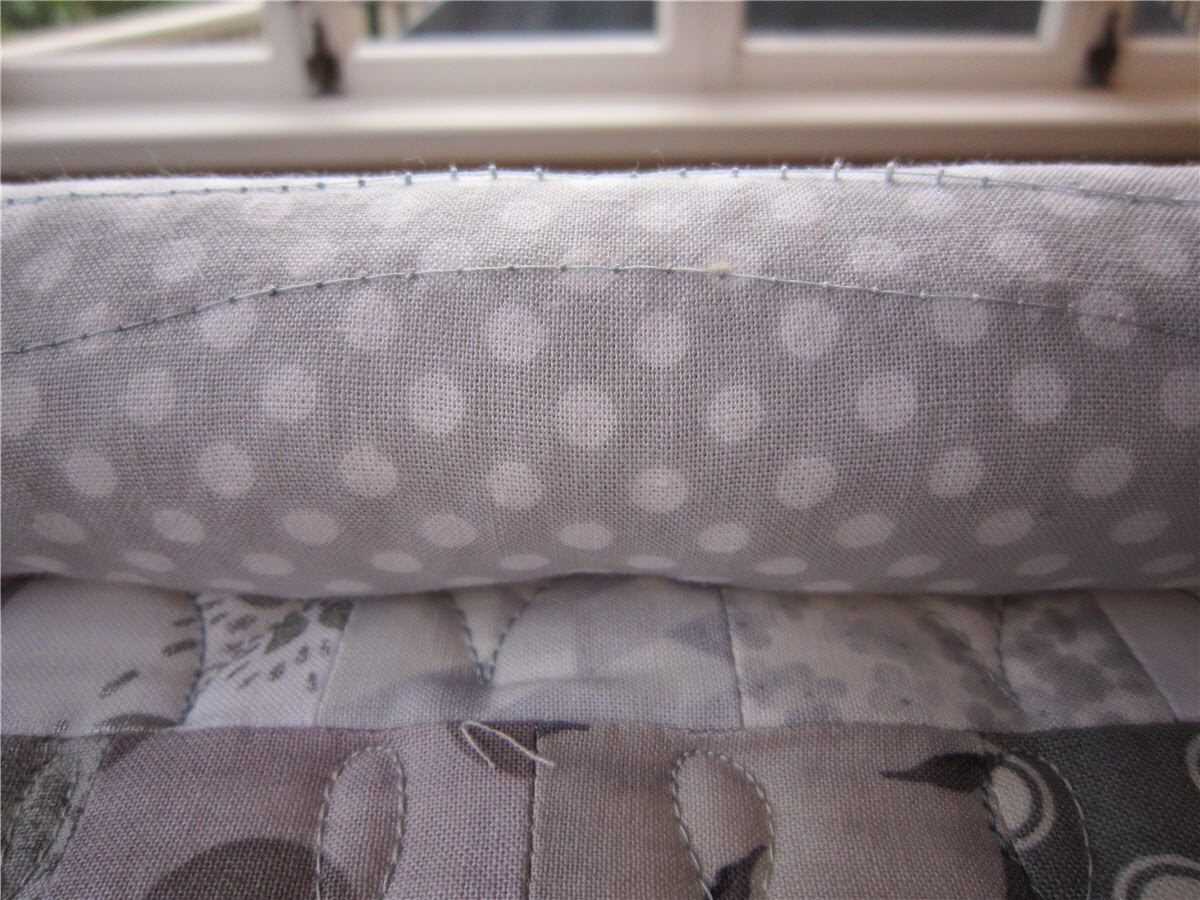 The quilting is almost done (after having to run up the road for more bobbin thread). I took it off the Swiftquilter and decided it needed a bit of ditch stitching. This is best done on my other machine with the walking foot. I should finish it tonight.

The final project actively on the go is the green & black hexi-in-a-hexi quilt. Yesterday I started piecing the second half of the front. I'm using a different machine now - the Juki Exceed F600 - and am loving the feature to automatically backstitch and cut the threads at the start and finish of each seam. Very handy when doing these y-seams.

I also finished binding on other quilt last night. Will post some finished pictures soon.

Linking up to Freshly Pieced WIP.