Quilting and Newton's laws of motion

The other day I was contemplating some physics - okay, that's a lie. But, there was a time, a long time ago, when I was quite embedded in physics and I was pretty good at it. Now, my applied mathematics is limited to calculating the size of a half square triangle, which I often get wrong the first time round. 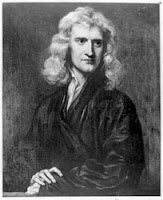 But, I am a fan of Brian Cox and I'm sure he has never applied Newton's laws to quilting and creativity, so I may be the first. This is ground breaking stuff.


First law: Every object in a state of uniform motion tends to remain in that state of motion unless an external force is applied to it.

This is me and quilting - once I get going, I keep going, but if I stop I stay stopped. What is the force that starts or stops the motion? The stopping part is easy - they are the usual trappings of life: work, kid, pets, weather, cooking dinner, and whatever excuse I can come up with... But what is the force that gets things moving?

This one's a bit trickier, but it's all about force and acceleration. Basically, if the mass is constant, you need force to make it go faster. I'm considering my project as the mass, so I need to exert some force to ramp up rather than drift along at the constant speed that law one suggests.


Third law: For every action there is an equal and opposite reaction.

So, as my creativity and productivity accelerate because of the force I exert, there is going to be an opposite reaction to compensate - how about we get take out for dinner tonight (again)?

Stop rambling - tell us how this translates to the quilts?

The blue snowflake quilt is on the frame and I started quilting it (for real) yesterday. I had a few false starts on the weekend, but this quilt is 3+ years in the making and I was a bit nervous about taking the first stitch. Free motion quilting is hard to unpick, so there is a certain amount of commitment required. 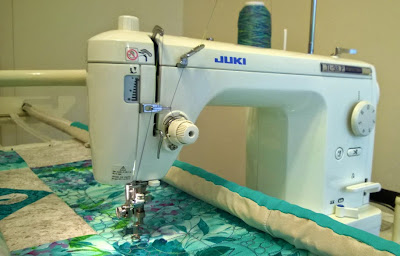 I debated the quilting design and changed my mind 100 times. I wanted something that took advantage of the Swiftquilter setup and showcased what could be done. But, there are always those limitations to consider and these are half of the design challenge. 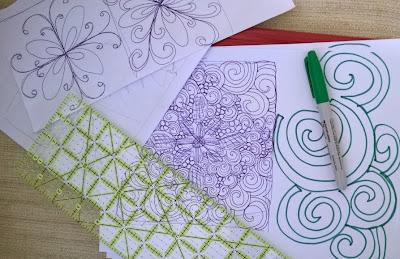 I did a lot of doodling and reviewed Angela Walters' Craftsy class Machine Quilting Negative Space. I took away some good ideas about changing the scale of the quilting design and echoing the piecing motifs in the negative space (thank you Angela). Progress is good and although I'm never 100% thrilled with my work up close, the overall effect is working well for me. I'm 1/3 done, so a few dedicated afternoons should get this one done. 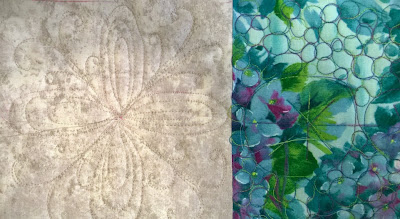 I've also started piecing the center of a quilt that will use the sunrise blocks I won from Block Lotto a few months back. I found a pattern that I originally discovered as part of a New York Beauty Quilt Along a few years ago. The patterns are here (note: they are in German, the English links seem to be broken). I've chosen number 7 and scaled it up to finish at 16 inches. 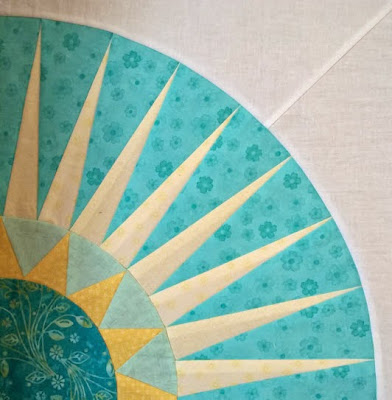 So far I've finished one quarter and am working on the second. I don't always like foundation paper piecing, but it's the best way to get good results with a design like this. This time I am rough cutting the pieces because they are quite big and it's easy to misjudge the size and placement. I made templates with a 3/8 seam allowance and free-hand cut the fabric with my rotary cutter. 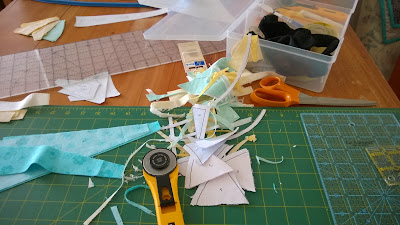 Of course, sometimes I still get it wrong - like this wedge that I sewed on backwards. 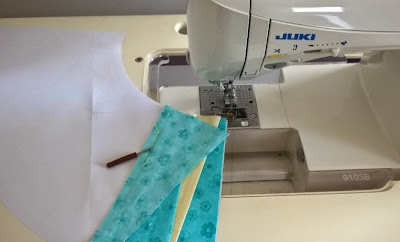 I hope to have both quilts done before the end of October. There's also a sewing day Saturday scheduled with a group I belong to - perhaps I will power through the rest of my green HST quilt...
Posted by Laurina at 9:45 AM