Some years I try to make most Christmas gifts, but this has not happened for a few years now; however, I did manage a few small things.

I made two tote bags following Adrianne's tutorial. I used a different size to maximise my piece of Soft & Stable and I did some straight line quilting to keep some of the layers together. My bags also have a bigger footprint - I chose to sew a 2" box corner. They went together super fast and the biggest issue was finding webbing for the straps that matched. These two were given as gifts to my two coworkers, one of whom had a tote in such bad shape I was starting to be a little embarrassed going around with her. 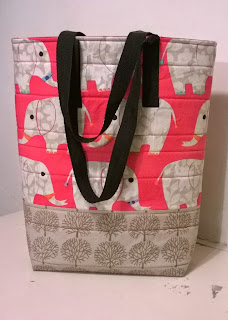 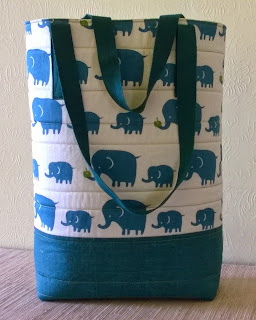 I also made four coasters for a Monday Modern Secret Santa - as is often the case with me, I forgot to take a photo before gifting it. Last year's was the same. I did a pretty traditional looking pattern using silver/white half square triangles on mostly black. The squares are 1" resulting in a 4" coaster. They looked a little bland, so I bound each one in a super bright solid binding (lime, coral, aqua, and hot pink). Here's a drawing of the design. 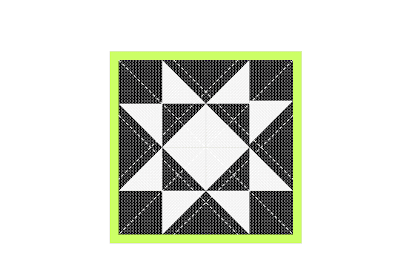 After a few years, I made two more woodland creatures (is a fungus a creature?) for the advent calendar. I am hoping to do at least one more before Christmas. These are so cute and go together so quickly, I don't really have an excuse why I haven't done more. I ordered the pattern from Etsy - they are by Amy Ray. 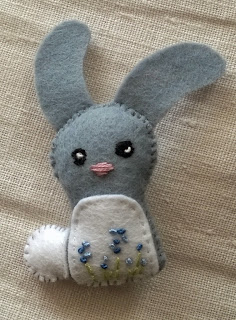 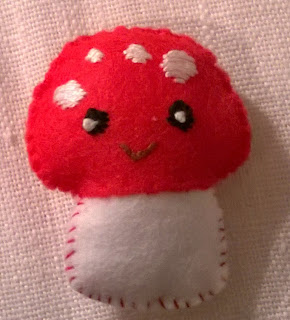 I have now finished work for a long while - I will return when my daughter starts school (6 weeks from now). I will hopefully get some sewing done when we are home - we are away for 3 weeks during the holidays.

Top priority is my center block for the 2015 Cotton Robin round robin. It is due by the end of January and since we will be away, I need to get it finished before I leave. This year's challenge is to use a color or color combination that we have not used before. I know I won't use blue or green, but it's hard to work out what I should use. Can't share more because it has to stay a secret, but here's last year's finish with my center block. 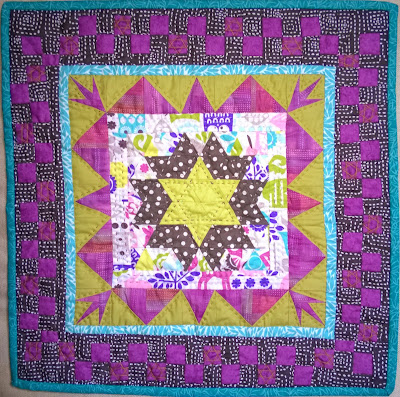