A couple of weeks ago I bought a new phone. It's a fancy (and expensive) thing that I am just getting the hang of. I do know that I will need to change my data plan - it seems to jump onto the internet all of the time without asking permission.

After 3 days in my handbag, I realised that it would not last long without a cover. I thought I could just buy one, but since it is neither an iphone nor a Samsung Galaxy, that appeared to be out of the question. Making one seemed the only solution.

I debated a few designs including wrist straps and pockets for money. But, I decided on something simple - a little sleeping bag of sorts. 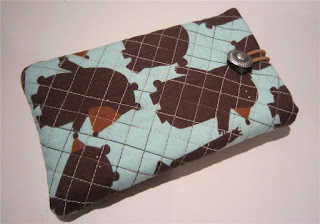 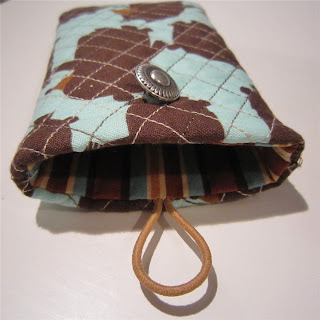 The fabric is one of the many woodland creature fabrics I picked up before Christmas for my advent calendar. The lining I had for some reason. I pulled a button from the button tin and the elastic was stolen from DD's drawer of hair accessories. It took less than an hour to make and I've had so many comments about it. I might end up making a bunch more - one to suit every mood.