Somehow weeks have gone by without me noticing. Lots of excuses, but do you really want to know them all?

I have been busy - first, my husband and I have a new business as the agents for JUKI home sewing machines. Although they are the largest manufacturer of sewing machines in the world, they are mostly know for their industrial machines. Initially, we will be selling select models direct through quilt/craft shows and online. Watch this space.

Since my last post, I have rescued my string hearts quilt from the disastrous quilting experience that I had with the Handi Quilter. I have not given up on the idea of using this approach but this was just not the right setup for me (part of the new business will also include the SwiftQuilter - a NZ manufactured table-top frame).

I unpicked some quilting but eventually had to sacrifice a whole row and make more blocks. I had a couple others from the Block Lotto that I used on this row too. 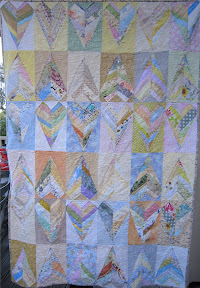 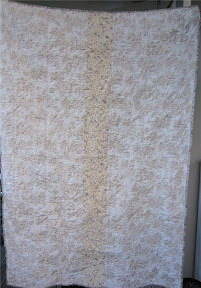 I did the quilting using a combination of straight stitching around the hearts, free-motion flowers in the space between the hearts, and a last-minute addition of decorative stitching down the 'spine' of each heart (mainly to reduce puffiness). 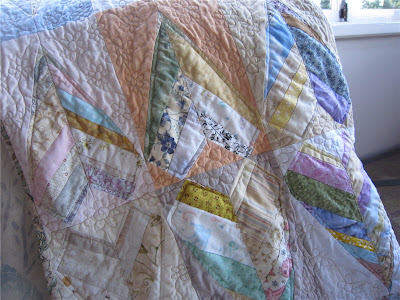 The little quilt is sweet and looks lovely and crinkly out of the dryer. No plans for it - probably will end up on the growing pile in the living room now that the nights are getting colder. 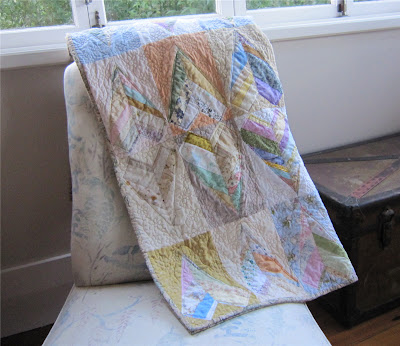 A few months ago the Monday Modern Quilters had a challenge to make a cushion using some curves and using free-motion quilting. I resorted to pulling out my drunkards path templates and made blue polka-dots on a beige background. 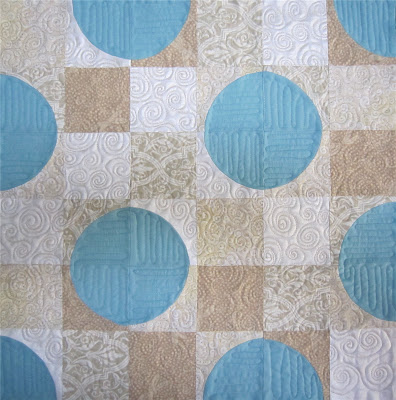 The back of the cushion is a piece of fabric that my mother bought me (along with some others, including the binding fabric) that match my living room furniture. 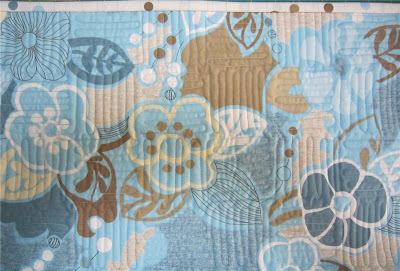 I did quite a bit of quilting on this one and am pleased with the results. I decided to bind it like a quilt and I love the way it looks like piping. Surprisingly someone else in the group did the same thing (honest, it was just a coincidence). I'm hoping to do a few others in similar but different designs. 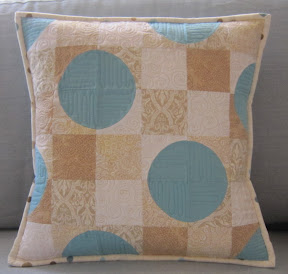 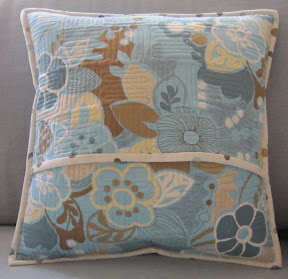