It never snows in Auckland

The Auckland Quilt Guild is hosting a challenge - they are encouraging everyone to enter, so I thought I'd give it a go. The theme is "Two circles and a triangle" and the piece is a 12-inch square. I figured it would be a good excuse to try a few techniques out.

Originally I wanted to do something abstract, but then a snowman appeared in my brain and I could not let it go. 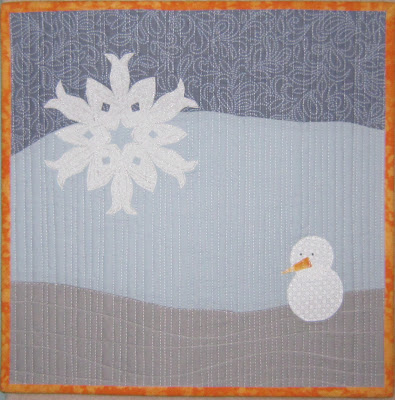 I did both the snowman and the snow flake by ironing on the shapes leaving the edges raw. I really wanted to do 3 snowflakes, but cutting it out was so annoying I gave up after the one.

I also tried out a few different threads including some metallic thread. Past experimentation with this had not gone well, but I did not have any issues this time. 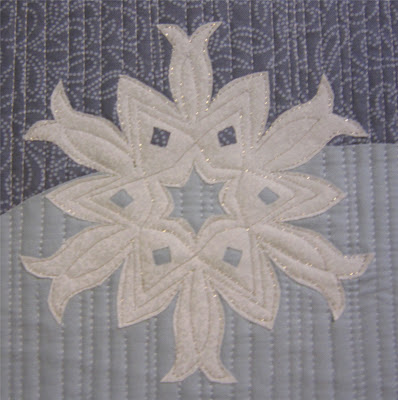 Overall, I like the finished piece better than I thought. I think that the colour selection and the minimalist approach prevented it from being too cutesy. I'm not sure what I will do with it - after all, it never snows in Auckland (although we had some fine hail the other day).
Posted by Laurina at 11:02 AM